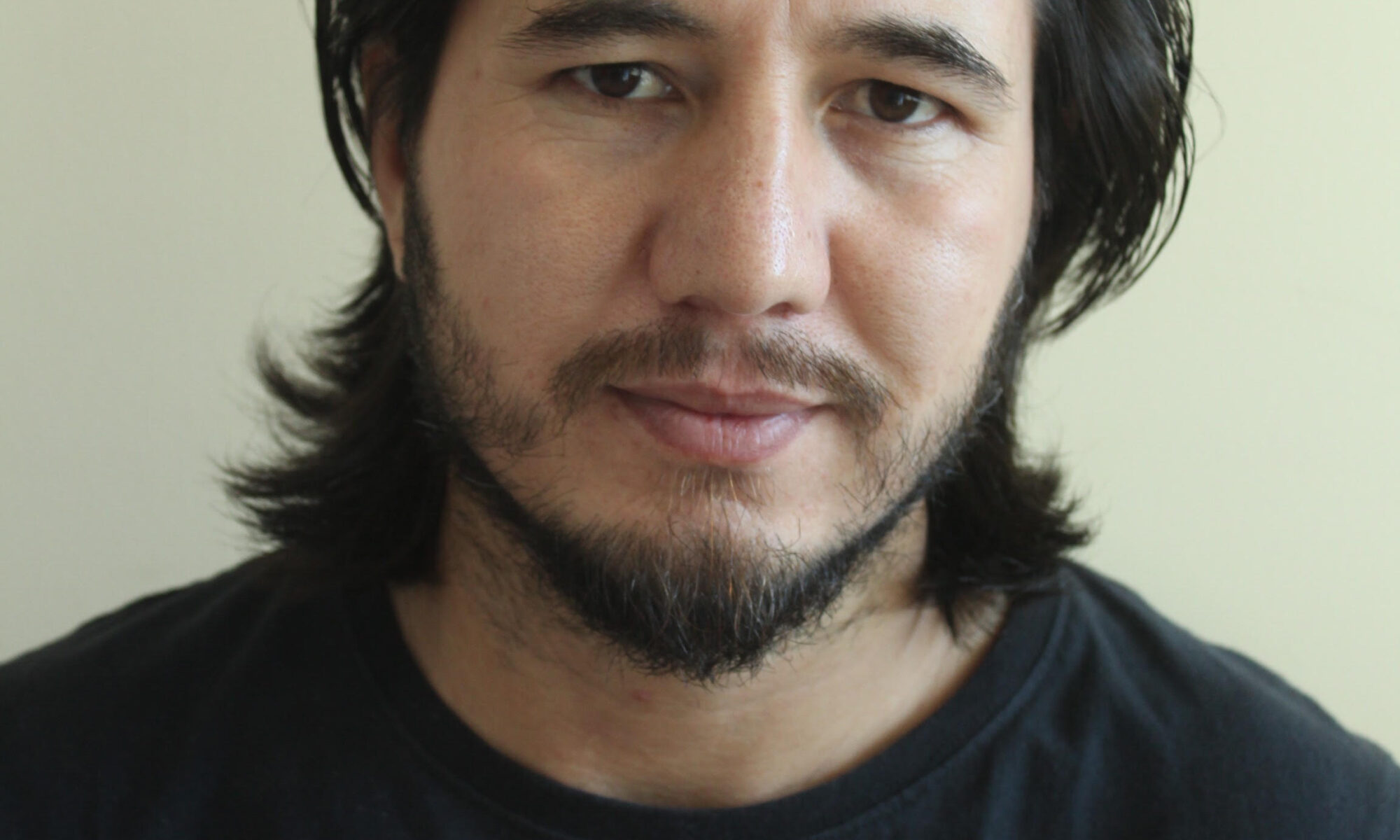 We all watched the withdrawal of troops from Afghanistan last year. Regardless of your perspective or politics, we were united in our devastation for the Afghan people.

A year has past. The situation in Afghanistan has continued to deteriorate. At times, I know reading and hearing about global catastrophes and news can make us feel helpless and numb. A privilege many of us have is to be able to remove ourselves from these horrible situations and return to our daily lives.

It is not often that we are given the opportunity to DIRECTLY help someone escape the terrible realities we are fortunate enough to watch unfold behind a screen.

A few years ago, I met Sayed Adiban, a friend and refugee from Afghanistan. He was working with NaTakallam and participated in the “Refugee Voices Series” at Washington & Jefferson College. Sayed graciously spoke with us about his experience as an Afghan refugee in Iran and Indonesia, about the uncertainty of refugee life, and highlighted the common misconception of Afghan refugees as being “dangerous people.” I was humbled by the bravery that Sayed exhibited through reliving these experiences and was grateful that he shared with us such personal stories, outlining the unimaginable hardship of the refugee experience.

Sayed was born into a Sadat family, a small Shiite ethnic group similar to the Hazaras. The Hazaras, also a Shiite ethnic group, have suffered genocide, persecution and discrimination throughout Afghanistan’s history. More recently, the Taliban and other Islamist extremists have massacred Hazaras, killing them on highways, schools and maternity wards. When Sayed was 9, his family was forced to flee to Iran due to Taliban threats. They then spent the next 4 years as refugees in Iran, where they had no rights, couldn’t go to school and had to settle for whatever job they could get in order to survive. When Sayed was 13, Iranian authorities deported his family back to Afghanistan.

When he returned, the Taliban were still in power, but a few months later NATO troops drove them out. Life was still difficult, but he worked, studied and became the first person in his family to go to university, studying French language and literature. Since he was learning French, he got a year-long contract as an interpreter for French soldiers who were training Afghan troops. He knew the job was dangerous and that it would make him a big target for extremists, but he wanted to help rebuild his country. After his contract ended, he got a job working for AFRANE, an NGO focusing on education. He also translated for a French photographer and developed a love for photography. Eventually, the Taliban took notice of Sayed’s work with Westerners:

“In January 2013, my family and I received threats from the Taliban. At this time, my work with ISAF was already finished and I was still working with a French association, AFRANE, in Kabul. I did a visa application for interpreters in the French embassy in Kabul and finished all the requirements in February 2013. I was asked to wait for the visa. In August 2013, me and my family received more death threats from the Taliban, which I reported to my director. I was in a dangerous situation and I was incredibly scared. I waited for almost two more months, living in fear, but hoping to get a French visa. Eventually, I lost hope.”

If you followed the news in Afghanistan, you probably heard of interpreters being abandoned by Western troops. This was also the case during NATO’s mission in Afghanistan and what happened to Sayed.

Sayed has since spent 9 years as a refugee in Indonesia. He has no right to work, marriage, travel within the country, or formal education. Despite all odds, Sayed speaks fluent English, French, Pashto and Indonesian, understands Arabic and Urdu. He is a talented translator, teacher, volunteer and friend.

Sayed now FINALLY has the chance to live the life he deserves, that we all deserve as human beings. There is a NEW opportunity for Sayed to relocate to Canada, given his status as a UNHCR refugee.

In Canada, groups composed of five private citizens and community organizations can sponsor refugees in order to bring them to Canada. These groups are in charge of raising the money necessary to sponsor the refugee and guiding them as they adapt to life in Canada. In order to sponsor a single refugee, a group must gather $16,500 CAD to support them during their first year. That is around 11,600 EUR, 13,000 USD and 10,000 GBP. You might be wondering, what is this money used for? $16,500 CAD is considered the minimum amount of money an individual needs in Canada to have a basic standard of living for one year (paying rent, food, clothing, transportation, etc.).

If you want to support Sayed’s dream of resettlement, please donate, share his story, and spread awareness of what’s happening on his side of the world. All donated funds will be held by the platform until the time comes to transfer them to a Canadian group that can sponsor Sayed. All donated funds, apart from payment processing fees, will go towards Sayed’s sponsorship. If for some reason, the sponsorship does not work out, the money will be returned to the donors. Please see the link to donate below:

For more information on Sayed’s story and the work he did with Washington & Jefferson College, please read here: https://www.claraalba.com/…/sayed-adiban-from…/

Collectively as a society we need to do more to ensure that all humans are treated with dignity and respect, and that they are granted the opportunity to contribute to society instead of being trapped in a Catch-22.

Sayed’s story inspired me, but also opened my eyes to the problems that my generation needs to address. I hope that his story inspires you to think more critically, be more empathetic, and find ways more ways that you can benefit others.

If you cannot donate, please continue to share Sayed’s story on social media platforms, at your university club meetings, at work, and with anyone you think is able to donate. This is an incredible opportunity for Sayed to relocate to Canada and you can directly alter the course of an extraordinary human being’s life.

As a mentor to first-year students at my college last Fall, I was lucky enough to have Mukena Kasongo “Deogracias” as one of my students. She was charming and inquisitive, and impressively fluent in French, English, Swahili, and Lingala. Now that we are in an African Music course together, we took the time to speak about her immigration story from the Democratic Republic of Congo, and the barriers that she has overcome to be a successful and inspirational college student.

END_OF_DOCUMENT_TOKEN_TO_BE_REPLACED

A forward on Walter Angus Li’s story by his son, Steven Li.

“As a child of an immigrant, learning about my parent’s life when they were young is a fascinating topic. From the cultural differences to the varying lifestyle they grew up in, you get to learn that life can be harder than you think, or it can be easier than you think. Being able to travel and see where my parents grew up is an eye-opening experience that many people do not get the chance to have. Understanding that they had a different childhood and being able to see the struggles that they had growing up makes me appreciate all the hard work that they have accomplished in their life.“

END_OF_DOCUMENT_TOKEN_TO_BE_REPLACED

When I first arrived on Washington & Jefferson Campus in 2018, I almost immediately knew who Tasha Mwanakalando was. Everyone on campus regarded her with respect, and just from a few conversations with her, I knew that she was a truly genuine and caring person (with the most style I had ever seen). Coming from Lusaka, Zambia, Tasha provided me with an interesting perspective on American customs I hadn’t thought about before, and explained to me how she is addressing the current political climate Americans find themselves.

END_OF_DOCUMENT_TOKEN_TO_BE_REPLACED

A foreword on Matti Inayat’s story by his son, Anosh Matti.

“This is a narrative of my Dad’s journey from Pakistan to the United States. He wrote about the religious intolerance he experienced as a Catholic that led him to take the step of seeking religious asylum. Whether or not you know some of the story, or none, please take the time to read from start to end. I promise you will feel more fortunate about your life.”

END_OF_DOCUMENT_TOKEN_TO_BE_REPLACED

Juan Couso was truly the most genuine person I met at W&J campus, graduating this past May 2020. Before I even knew Juan, he was instantly kind and caring towards me. We trained to be first year student mentors together, and I soon realized that Juan possessed a rare gift of making anyone feel loved and appreciated instantaneously. Throughout the school year, he would always ask me how I was doing, offer me a hug if I was having a rough day, and say “you’ve got this.” Juan has overcome racial stereotypes, the difficulties of cultural assimilation, and is still figuring out the broad spectrum of his migrant identity. However, his inspirational story of migrating to the United States is one of resilience, adaptability, and triumph. In Juan’s own words, “I want to tell people about my experiences. I’m an immigrant too. I was able to graduate from college and high school. If I can do it, you can do it.”

END_OF_DOCUMENT_TOKEN_TO_BE_REPLACED

Want to Get Involved?

Send any inquiries or suggestions to migratingstories@gmail.com